Sophie Franklin is a PhD researcher at Durham University, looking at the Brontës, violence, and cultural afterlives. Her doctoral project considers the representation and reception of violence in Anne, Charlotte, and Emily Brontës’ works in relation to nineteenth-century perceptions of violence. It also explores the depiction of violence in more recent adaptations and artworks inspired by the Brontës, such as Paula Rego’s ‘Jane Eyre’ series, in order to consider the changing ways in which the more brutal aspects of the sisters’ writings are articulated in the twenty-first century. Her project is supported by the AHRC’s Northern Bridge Doctoral Training Partnership. Sophie also has interests in the significance of glass, thing theory, and constructions of gender in nineteenth-century literature, as well as George Eliot’s fiction. She is a postgraduate representative for the Centre for Nineteenth-Century Studies at Durham University and has a piece responding to Peter K. Andersson’s ‘How Civilised Were the Victorians?’ article forthcoming in the Journal of Victorian Culture in early 2017. Her first book, Charlotte Brontë Revisited: A View from the Twenty-first Century,  was published by Saraband in April, 2016. 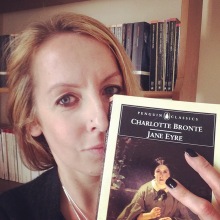 Dr Claire O’Callaghan is a lecturer in English at Brunel University specialising in nineteenth-century literature and culture. She is convenor of an MA module focused on the Brontës. Claire’s research focuses primarily on gender and sexuality in the nineteenth-century and in neo-victorian film, television and fiction. She has published widely on a range of topics including Victorian pornography, gender and nineteenth-century medical malpractice, and the filmic afterlives of Oscar Wilde’s The Picture of Dorian Gray (1890). She is  the author of Sarah Waters: Gender and Sexual Politics, a title forthcoming with Bloomsbury in 2017. Presently, Claire is, like Sophie, producing research on gender and sexual violence in the lives and works of the Brontës. She is finalising an article on emotional and physical violence against women in Wuthering Heights, and thinking through a second piece reconsidering the nature and function of anger in Jane Eyre. Claire is also writing a book on Emily Brontë for Saraband which is due for release in 2018.